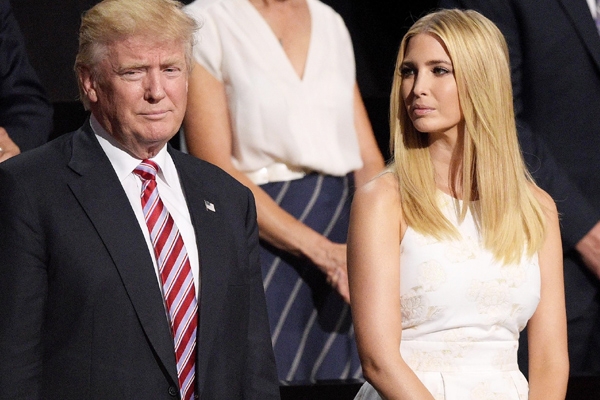 Ivanka Trump influenced President to bomb Syria President Donald Trump’s decision for a strike on Syrian airbase was influenced by the reaction of his daughter Ivanka Trump, who was heartbroken and outraged by the chemical attack
http://www.dcwishesh.com/ 12 Apr, 2017 12 Apr, 2017

President Donald Trump’s decision for a strike on Syrian airbase was influenced by the reaction of his daughter Ivanka Trump, who was heartbroken and outraged by the chemical attack, according to his son Eric Trump.

Eric said that his father was deeply affected by the television images of children being “sprayed down by hoses to keep their skin from burning” after the suspected Syrian chemical attack.

"It was horrible. These guys are savages and I'm glad he responded the way he responded," the 33-year-old businessman said, speaking at the Trump Turnberry golf resort in Ayrshire, Scotland.

Eric confirmed that his father’s decision to strike Syrian airbase and to punish Syrian president Bashar al-Assad was influenced by the reaction of his sister Ivanka.

He added that Ivanka is a mother of three children and she has the influence over the United States President.

"I'm sure she said 'listen, this is horrible stuff.' My father will act in times like that," he was quoted as saying by the paper.

He rejected the claims that indicated Donald Trump had acted impulsively after seeing the images, he said that the president is "a great thinker, practical not impulsive."

Eric is proud of the action his father took and believes that rump thinks things through.

He was anti doing anything with Syria two years ago. Then a leader gasses their own people, women and children, at some point the United States is the global leader and the world's superpower has to come forward and act and they did with a lot of support of our allies and I think that's a great thing," he added.