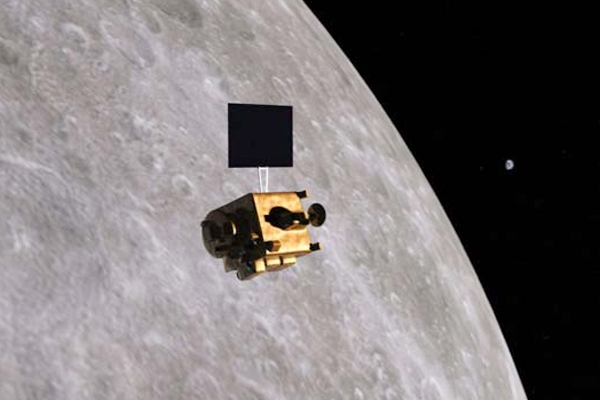 India’s first lunar spacecraft- Chandrayaan-1, which was considered “lost” eight years ago, has been re-discovered by NASA’s ground based radars.

Chandrayaan-1 was launched on 22nd October 2008, and was credited with the first discovery of water particulars on the moon on November 14. But, it lost communication with the Indian Space research organization (ISRO) ground stations on 29 August 2009, due to a technical problem.

"This technique could assist planners of future moon missions," NASA said. According to the JPL's orbital calculations the Chandrayaan-1 was still circling 200km above the lunar surface.

"To be declared lost and then found after eight years is a great accomplishment." Krishnaswamy Kasturirangan, the father of India's moon mission said.

The main challenge in detecting the spacecraft was its size, said NASA. The Chandrayaan 1 is so small. It is just about 1.5 meters on each side, about half the size of a smart car and has not been transmitting signals.

In search of the spacecraft 3.80 lakh km away, JPL used its 70-meter antenna at the Goldstone Deep Space Communications.

“A powerful beam of microwaves was directed towards the moon. The radar echoes then bounced back from the lunar orbit, which were received by the 100-meter Green Bank telescope in West Virginia in the US”, NASA said.

The team accounted the fact that Chandrayaan-1 is in polar orbit around the moon. So, the spacecraft would always cross above the lunar poles on each orbit.

The team pointed Goldstone and Green Bank at a location 160km above the moon’s ‘North Pole’ on 2nd July 2016 and waited to see if the spacecraft crossed the radar beam.

ISRO sets new record in the World of Space mission